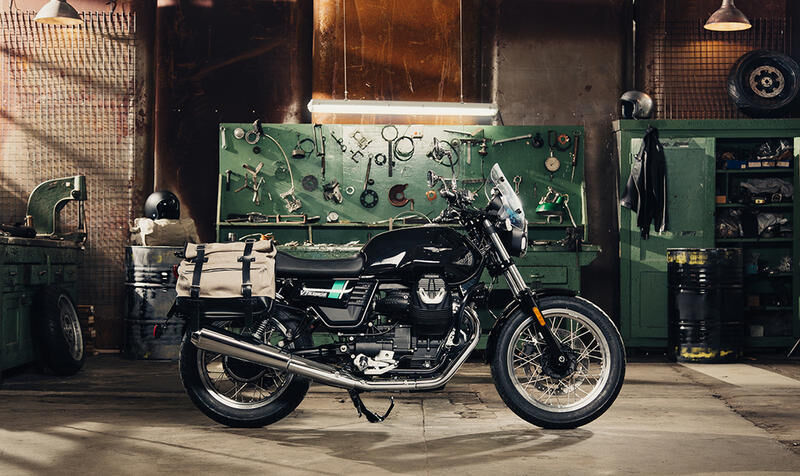 QUESTIONS? TEXT US!!! Work with one of the best parts and service departments and create your dream custom bike!!! *JOIN US FOR RIDE NIGHT; LAST TUESDAY OF EVERY MONTH!* NOW is the Best time to Buy an inspected pre-owned machine from International Motorsports - Come See Why We Are #1 in - Sales - Parts - Service - We are a Certified Repair and Performance Centre - Easy Financing - Instant Approvals - Low Interest Rates & Payments - We Accept trades! Check ahead for availability and location[DLR 030420, plus $199 documentation & taxes]

The heritage of the original V7 bikes is the inspiration for an elegant motorcycle, with generous chrome trim and shiny graphics, offered in Nero Inchiostro (Ink Black with green accents) and Blu Zaffiro (Blue Sapphire with orange and silver accents) versions. The colored band on the under-seat side panels that matches the central band on the fuel tank pays tribute to the unforgettable 1975 V750 S3. A host of distinctive details include spoked wheels with polished aluminum channels and black hubs, an instrument panel with two circular dials, and the “old-school” look of the quilt-stitched seat, complete with a new passenger handgrip.